t3api extension is returning a 404 page not found TYPO3

I am trying to add custom API-s endpoints to my TYPO3 CMS. Here is the model for my Projects.

I have also included this code in my config.yaml

Here is the Response it returns. 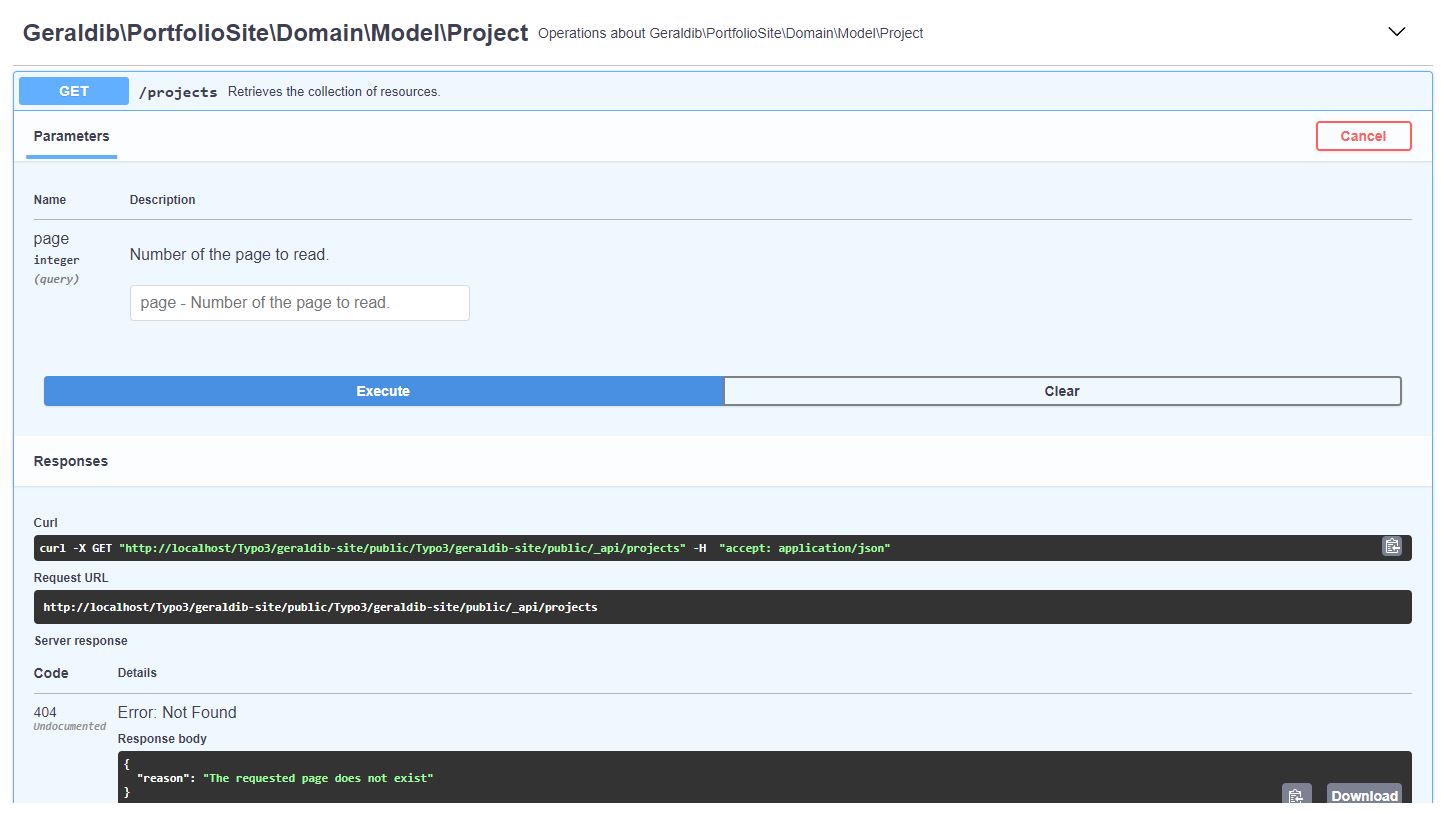 I was expecting a array of all projects to be returned. Should I implement this route in my controller if so because I don't see anything in the docs.

The Urls in your screenshot does not correspond to anything common to a TYPO3 installation. (Which TYPO3 version do you use?)

A typical TYPO3 installation would consist on this folder structure:

Up to TYPO3 11 in the web root you have a folder typo3conf/ with a subfolder ext/ where all extensions are stored:
/srv/www/htdocs/projectname/public/typo3conf/ext/ or https://mydomain/typo3conf/ext/

Your URLS look like a mix of local and client paths, which probably will fail.

How can I target a variable in href in php?
Error When Trying To Fetch Webhooks List via Shopify API
TYPO3 install with composer on Linux permission denied
Gravity Forms should pull some data from mysql
Access-Control-Allow-Origin CORS Header missing when uploading large files
Problem launching TYPO3 via DDEV on Linux: Call to undefined function Composer\Autoload\includeFile()
Wordpress Buffer HTML Cache
How to use oauth2 to get authenticated to use external API
Symfony or CMS (e.g. Wordpress)
Linking the PHP file to the CSS file